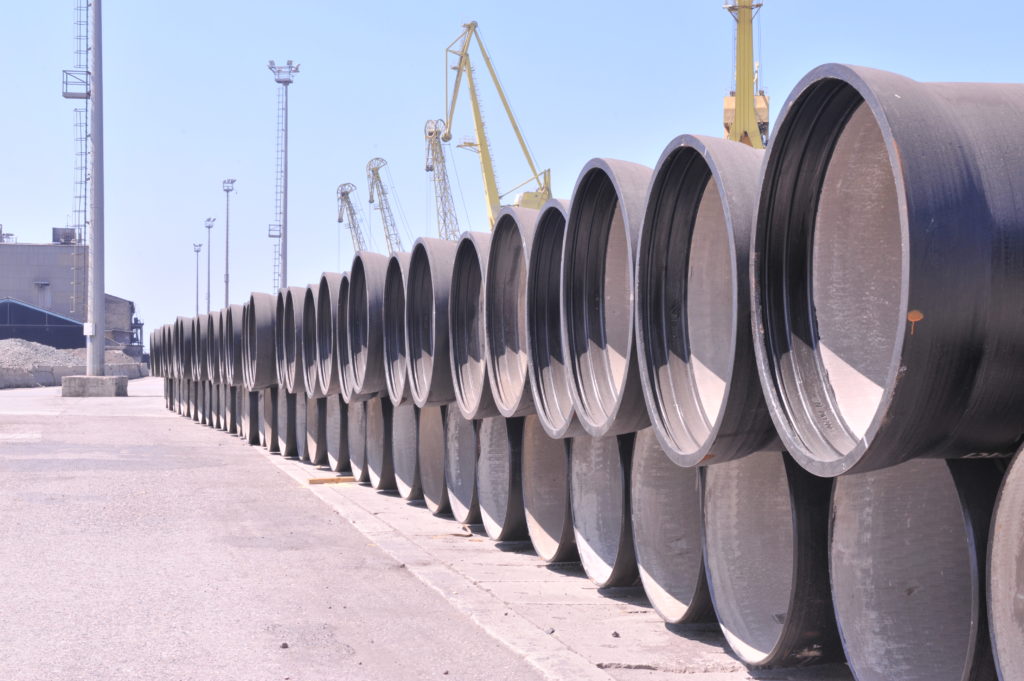 GALA supported a major water supply project for Prishtina which included a new water treatment plant and the construction of a new network and pumping station. A major part was the transport of 8000 tons of coated pipes which had been produced in China and arrived in three batches in the port of Durres. GALA offered the full range of services: vessel discharging, transit customs procedures, intermediate storage, reloading and road transport to jobsite in Kosovo.  The project was co-financed by the European Union and the German Development Bank KfW.